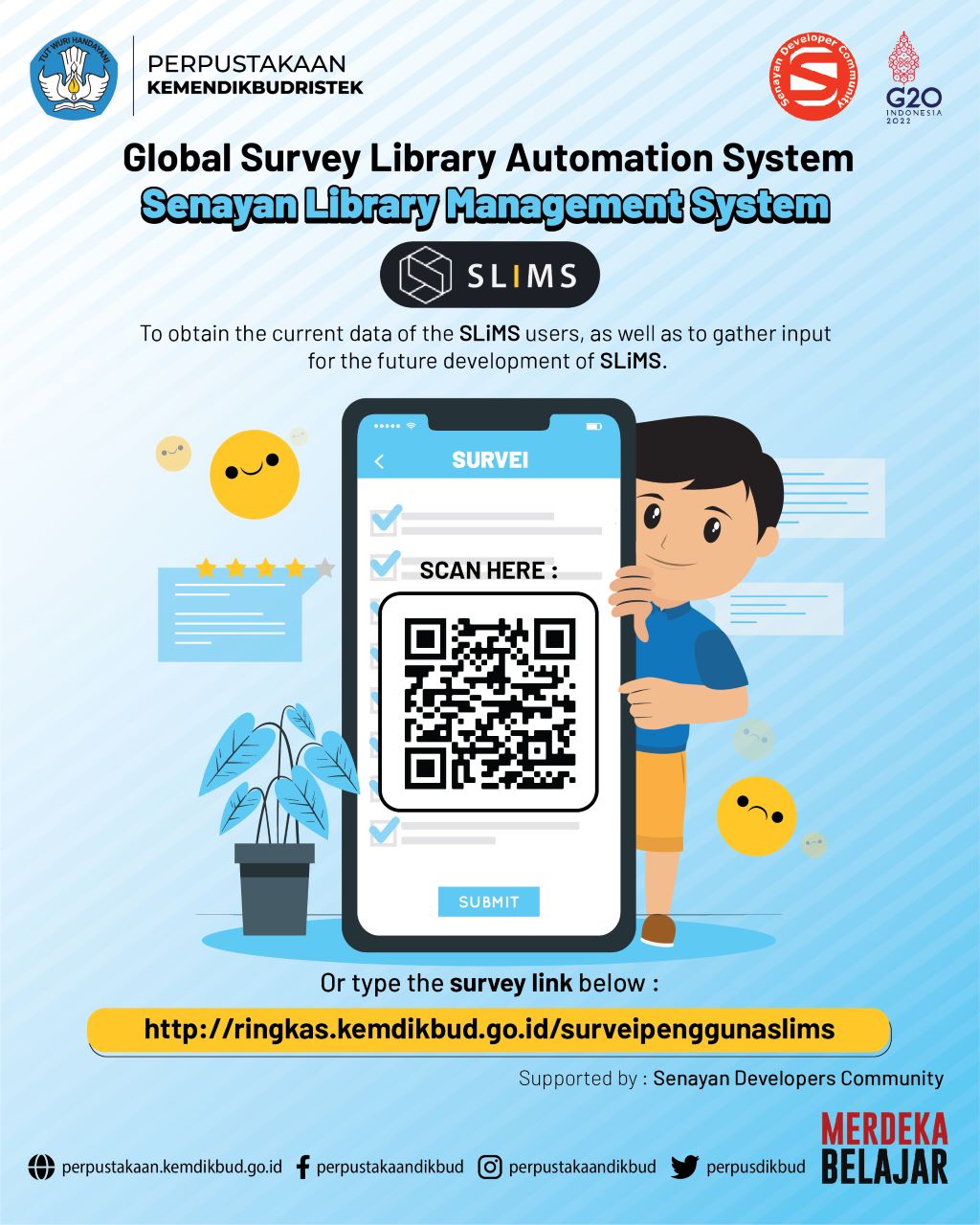 Disclaimer: This the english version of the previously published content. All materials were produced by Library of Kemdikbudristek and modified sufficiently.

Senayan Library Management System (SLiMS) is the first library automation system built and used in the Library of the Ministry of Education, Culture, Research, and Technology of the Republic of Indonesia. On November 29, 2007, SLiMS, licensed under the GNU General Public License version 3. In 2022, the SLiMS application is 15 years old and has released 19 versions that are used by various types of libraries, both in Indonesia and abroad.

Marking the 15th anniversary of the SLiMS application, the Ministry of Education and Culture Library held a Global Survey of the Senayan Library Management System (SLiMS) Library Automation System. The survey, which was supported by the Senayan Developers Community and the SLiMS Community, aims to find out the current development of SLiMS users as well as to gather input for the development of the SLiMS application in the future. You can participate and fill out this survey via the link https://formulir.kemdikbud.go.id/view.php?id=25782503.